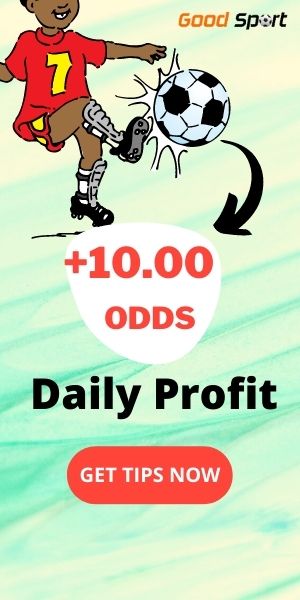 This is the staple of football betting. Predicting and placing bets on the outcome of matches has almost evolved into a tradition, especially in the UK, due to its simplicity.

With regards to the final result market, you’re selecting one of three options: a home win, draw or away win. It’s simple, and the ultimate test of your football knowledge or how trustworthy your ‘gut instinct’ really is.

Punters, however, typically stay away from backing a single final result, no matter how good the value, preferring to pick out several selections (four or more) from a round of fixtures to create an accumulator bet for superior odds and excitement.

The Double Chance (DC) bet adds an interesting dynamic to the final result market. Instead of backing one outcome, DC allows you to back two, albeit with lessened odds. Thus, you can back a home win or draw, away win or draw, or even a home or away win using DC. It’s a market in which your backing of the underdog can be rewarded.

The Over/Under football betting markets enable punters to bet on there being over or under a particular number of goals in a game, without needing to be specific about the result.

The most popular spread is “Over/Under 2.5 goals”, but there’s also 1.5, 3.5, and so on. With the average punter seeking entertainment, the “over” line is generally more popular.

Both Teams to Score

Both Teams to Score (BTTS) is another market in which the final result isn’t accounted for. There are two options: “Yes” or “No“. If you back “Yes“, then both sides will have to find the back of the net for you to win your bet, while “No” means you’re hopeful of a stalemate, or that only one outfit has their shooting boots on.

In a European Handicap (EH) market, one side will start with a pre-determined goal (or goals) advantage.

For example, if you back Tottenham with a -1 EH against Aston Villa, then you’ll need Tottenham to win by at least two goals for your bet to win, as Villa is essentially starting the contest with a 1-0 lead. Should Tottenham lose, draw, or only win by one goal (a draw with the handicap), your bet loses.

It’s a market that can provide value for not only heavy favorites but distinct underdogs as well.

While you always get a whole number with EH, the AH market involves decimals. By using the previous example, this means that you’re often likely to see Tottenham as -1.5, and Aston Villa as +1.5. However, whole numbers still exist with the AH market, but should you back a Tottenham victory with a -1 AH, and the contest ends 2-1 to Tottenham, your stake will be refunded as it won’t count as a loss.

This market is a combination of the Half Time Result and Final Result markets. To win a Half Time/Full-Time bet, you must correctly predict the outcome (Home, Draw, or Away) at both half time and full time.

Thus, if a match between Manchester United and West Ham at Old Trafford was 1-1 at the break but ended 3-1 to West Ham, then you would’ve had to have backed the draw at HT and an away win at FT.

The Half Time/Full Time combination is tough to predict, but that lower chance of winning is of course reflected with more generous returns.

With Half Time result betting, it’s all about the opening 45 minutes. It’s the same premise as the Final Result market, but instead, you’re betting on the result at the interval. The result at full time will not have any impact on your bet.

If you’re really feeling lucky, you might want to go one step further than merely predicting the outcome of a particular contest and have a punt on the correct final score instead.

Should you back Leeds United to beat Fulham 2-1, and Patrick Bamford strikes late to hand Marcelo Bielsa’s side a 2-1 victory, you win. Unsurprisingly, more outlandish score lines garner bigger prices.

Fill the form below to submit your request